The Man Behind the Cartoons 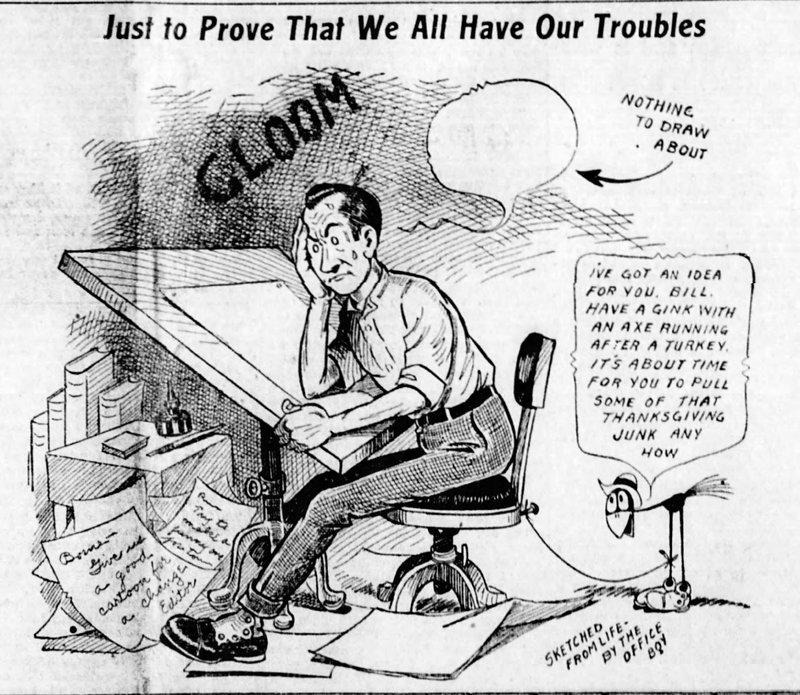 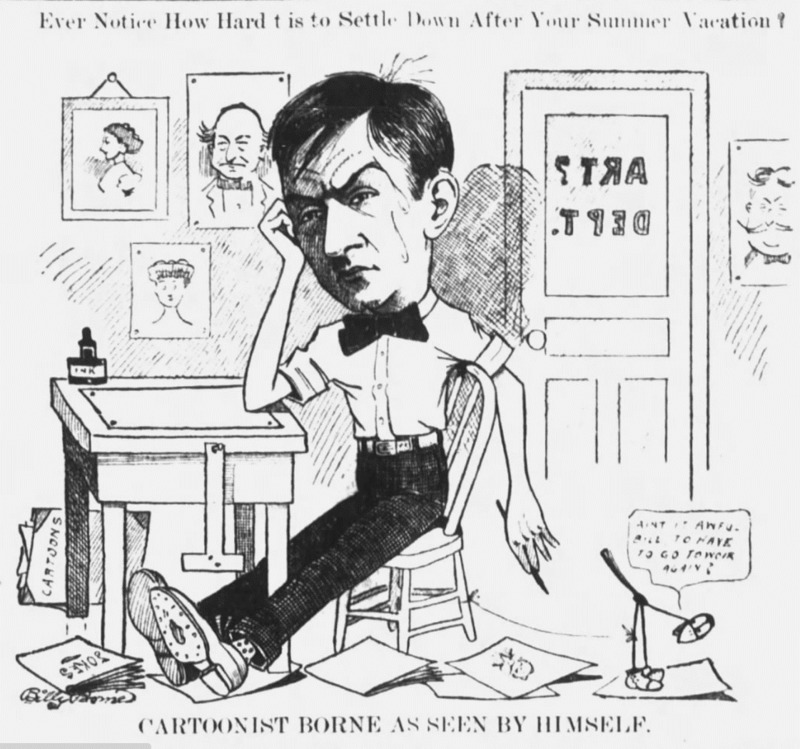 “A picture is a thought with lines drawn around it, but just how to draw that line—there’s the rub.” –Billy Borne (1907)

Black hair, brown eyes, and of a medium height and build-- Borne did not stand out in a crowd. While few photographs of Borne remain, self-portraits from his newspaper cartoons abound.

Thomas Wolfe, a younger contemporary of Borne, worked as a paperboy for the Asheville Citizen. Wolfe’s literary depictions often drew directly from real life, and it is possible Wolfe based his description of the face of a cartoonist in Gulliver: The Story of a Tall Man on Borne: “A face not bad, not vicious, not unfriendly: face of a city-man in the late forties — the face of the cartoonist-drawing — lean, furrowed, large-nosed, deeply seamed, a litde sunken around the mouth, almost metallically stamped and wisely knowing, cynically assured -- the nerve-ends stunned, the language strident, utterly, unmistakably the city’s child.”

Borne’s personal life was marked by tragedy. In the winter of 1918, an influenza pandemic, commonly known as the Spanish Flu, ravaged Asheville. It claimed the life of Benjamin Harrison Wolfe, author Thomas Wolfe's brother, and Billy Borne’s fiancé sucumbed as well. She died only days before they were supposed to be wed; years later, friends reflected that Borne never fully recovered.

← Borne’s Feathered Friend
Model Citizen →
The Man Behind the Cartoons