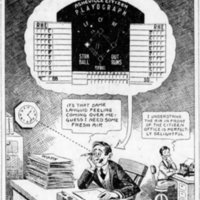 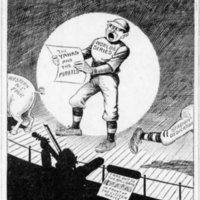 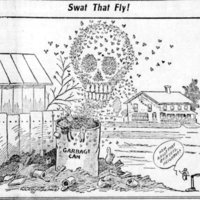 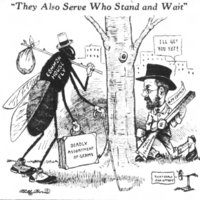 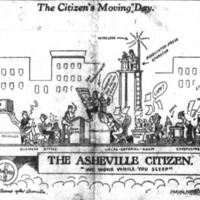 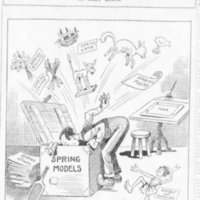 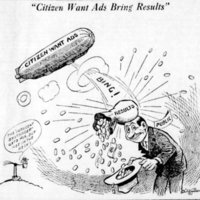 Both insults and compliments filled letters to the editor about Borne. Some readers disparaged his drawing ability while others crowned him the best cartoonist in the world.

Newspapers across North Carolina and as far away as New York City occasionally reprinted some of Borne’s cartoons, and two Governors of North Carolina praised him for his drawings. During World War I, Asheville families sent letters to their loved ones fighting in Europe with Borne cutouts, and people in Charlotte who subscribed to the paper sent in complaints when the mailing clerk pasted mailing labels over his cartoons.

While best known for his daily editorial cartoons, Borne’s activities ranged far beyond. Borne produced illustrations for newspaper advertisements, briefly had a Sunday comic strip (not featured on the website), and composed posters for the Asheville Health Department's “Swat That Fly” campaign.

For World Series baseball games and Election Night returns, Borne drew caricatures and illustrated scenes live as breaking news came in over the wire. Using a stereopticon lantern, these images were projected on the wall in front of the Asheville Citizen's office off Patton Ave., and the events drew large crowds.

For portions of Borne’s tenure, the newspaper claimed he was the only full-time cartoonist on the staff of a newspaper in either of the Carolinas, and by the time he left the paper in 1928, Borne had been working at the Asheville Citizen longer than anyone else on staff.

← The Man Behind the Cartoons
Cartoon Asheville →
Model Citizen