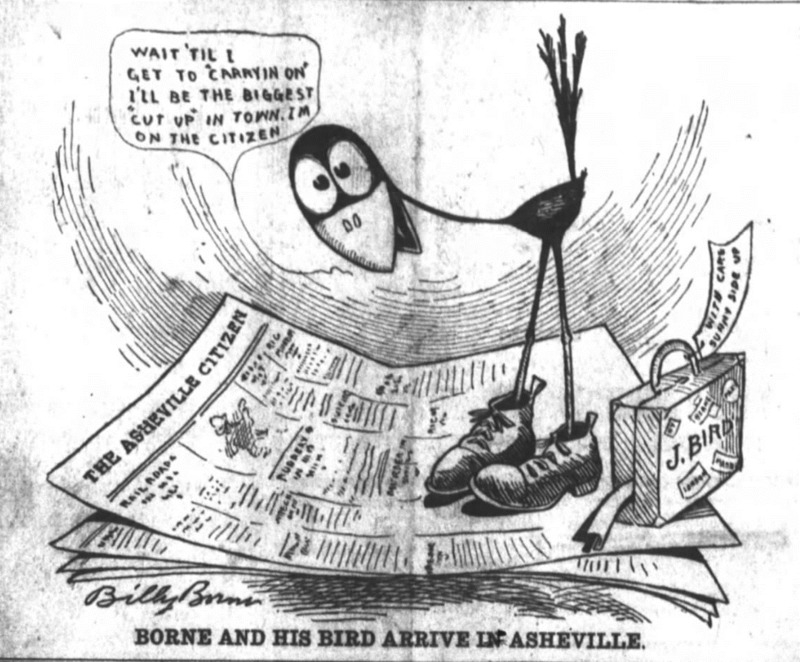 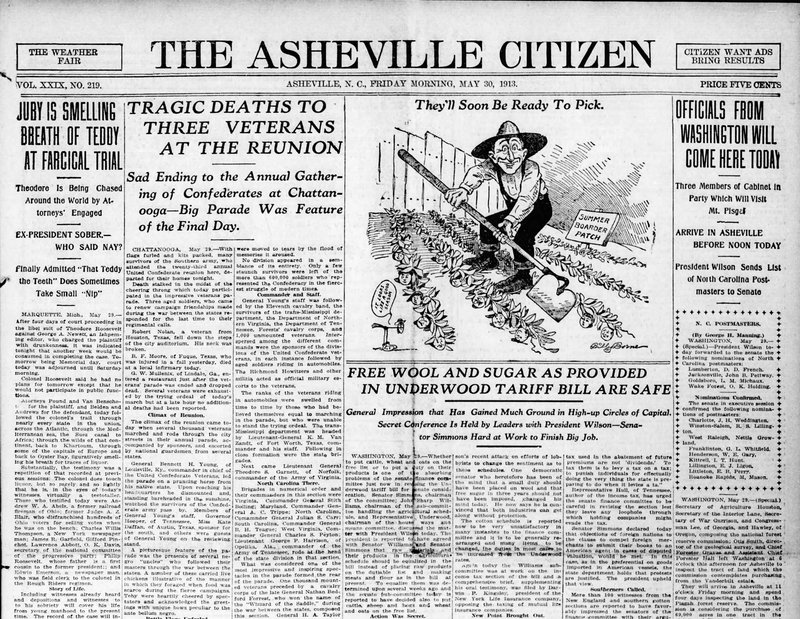 Willis “Billy” Borne was born on July 22, 1884 and grew up in Toledo, Ohio. Borne started work as a cartoonist for the Kokomo Tribune (Indiana) in February 1906 but quit in mid-November to take a job for The Toledo Press.

Borne's first cartoon debuted on July 2, 1907. The cartoon mirrored Borne's own journey, and featured his signature Jaybird character arriving in Asheville with a suitcase.

For most of his career, Borne's daily editoral cartoons appeared at the top of the front page of the newspaper.