Drawing to a Close 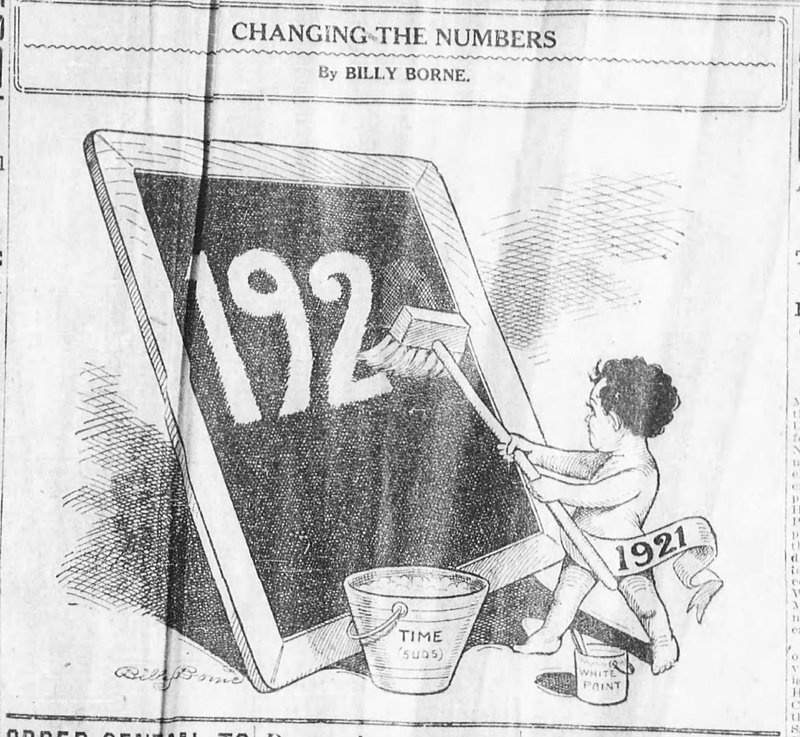 The melancholy days are here

The chilly days of fall

Not cold enough for furnace fire,

Too cold for none at all

Borne survived multiple owners and editors over his twenty year career. Borne's departure from the Asheville Citizen in August 1928, as well as reference to whether it was voluntary or forced, went unmentioned in the newspaper.

After leaving the newspaper, Borne moved back to his hometown of Toledo, Ohio where he opened a studio and did advertising work for magazines.

On May 19, 1944, while on a trip to visit his sister in Tusla, Oklahoma, Borne passed away of a heart ailment. He was sixty-three years old and is buried in Rose Hill Memorial Park Cemetery in Tulsa.

Borne entertained the people of Asheville for a generation with his humor and artistry. The hope is this website will allow a new generation to discover Borne and draw fresh insights from his cartoons.

← Cartoon Asheville
Drawing to a Close