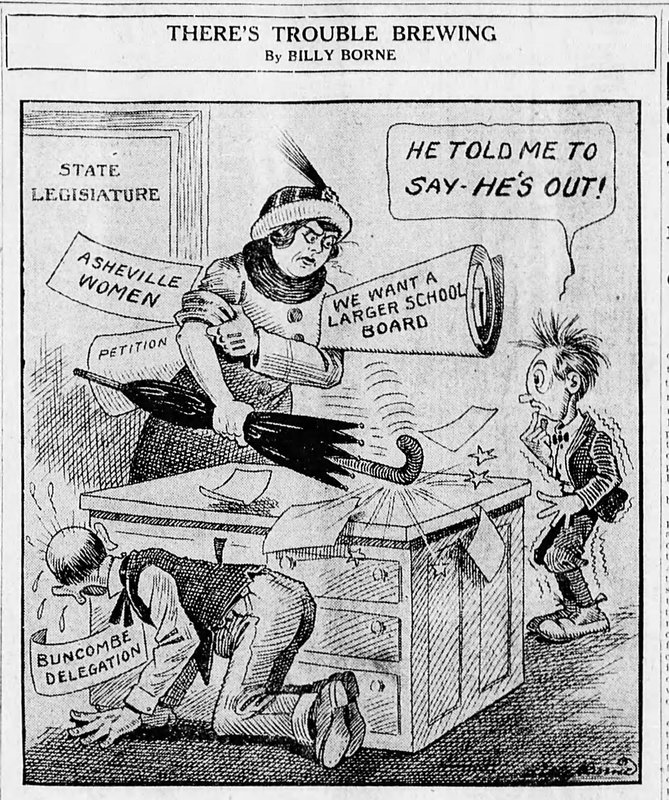 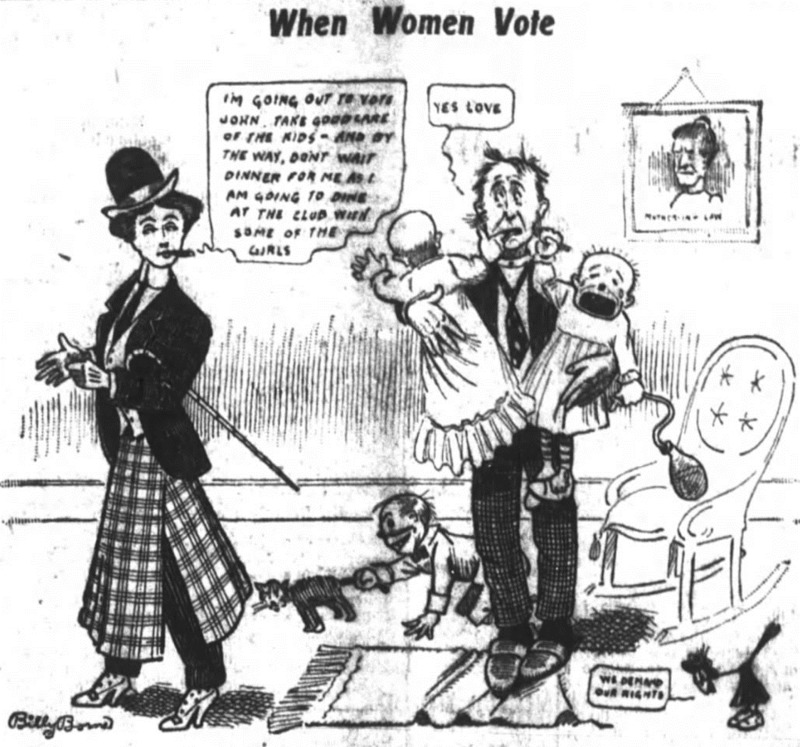 Like any artist, Borne’s work reflects the time in which it was composed, but his form, the editorial cartoon, is both more ephemeral and more grounded in the culture and prejudices of his audience than most art.

Borne records seemingly minor events-- the weather on a particular day, the results of last night’s baseball game, or the latest local political intrigue; however, understanding the visual language of Borne’s cartoons reveals broader societal trends-- the place of entrenched racism of Asheville, the anxieties of Borne’s male audience about changing gender roles, and hopes and fears about new technologies.

Each cartoon represents a “snapshot” of a moment in time, but taken together and sorted by themes, those snapshots turn into a moving picture and demonstrate subtle changes over time. Many of these long-term changes only become visible through a study of his full corpus.

Although Borne claimed Thomas Nast, Harry Furniss of London Punch, and Homer Davenport as influences, Borne was not a firebrand, and he principally sought to reflect the white, male, Democratic prejudices of his audience. Borne seldom embarked on crusades against particular individuals or advocated for local political changes. Instead, Borne played to the crowd, and this tendency makes Borne an excellent source for the pulse of mainstream social and political thought in Western North Carolina for his era.